This week’s Canada’s Craft Beer post comes from our BC craft beer guy, Bryan Clegg. Today Bryan puts on his apron and gets the main ingredient for his pancakes from ... the beer cellar. Yes, he's making beer pancakes. We're bringing you beer for breakfast! Bryan explores a variety of styles from Steamworks, Dead Frog and Phillips to see how they stack up <groan> against his reigning pancake brew from Cannery. 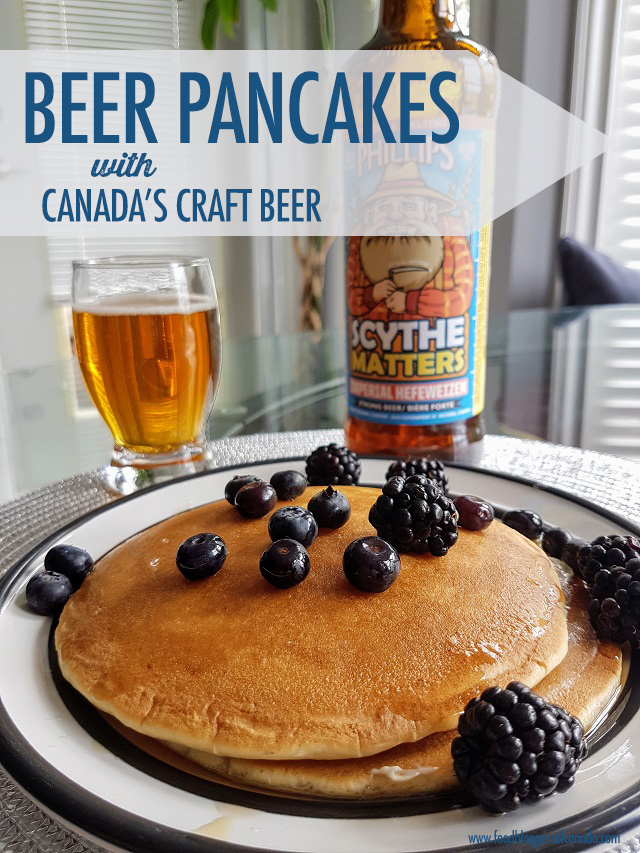 A few years ago, I was visiting my brother and his family at their cabin in Saskatchewan. One chilly (-45°C) morning, his wife baked us a giant batch of delicious pancakes. “What recipe are you using?” I asked. That's when she showed me the empty bottle of beer she’d used as a substitute for milk.

Can You Make Beer Pancakes??

I was amazed. Were beer pancakes a thing? And if so, how had I not known about it? I’d heard of beer in different recipes before, of course, but never in pancakes. And it tasted really good, even with a not-to-be-named macro beer. What would happen if I used something with actual flavour?! I knew this would require further experimentation.

And experiment I did. I quickly came to the conclusion that beer just kind of disappears in pancakes, so if you want any flavour to come through, you need something strong. So I focused on big, dark beers. After a very enjoyable series of experiments that included beers such as Parallel 49's  Ugly Sweater, Van Isle Brewing's  Hermannator, and 33 Acres' 33 Acres of Darkness, I eventually crowned Cannery Brewing’s Maple Stout as my pancake king. It’s a big, thick, malty stout with loads of maple flavour. It’s honestly the perfect pancake beer.

This time, I thought I’d travel outside the box and see what kind of flavours I could get with some different beer styles. So I picked up a Dark IPA, Imperial Hefe, and a Sour. I was the most curious about the sour: would any tartness come through?

I have a base pancake recipe that I’ve been making since I was roughly 6 years old. As always, I turned to that recipe for my experiment this month. Simple, but tasty. For the purposes of beer-cakes, I replace the milk with beer in the exact same quantity. 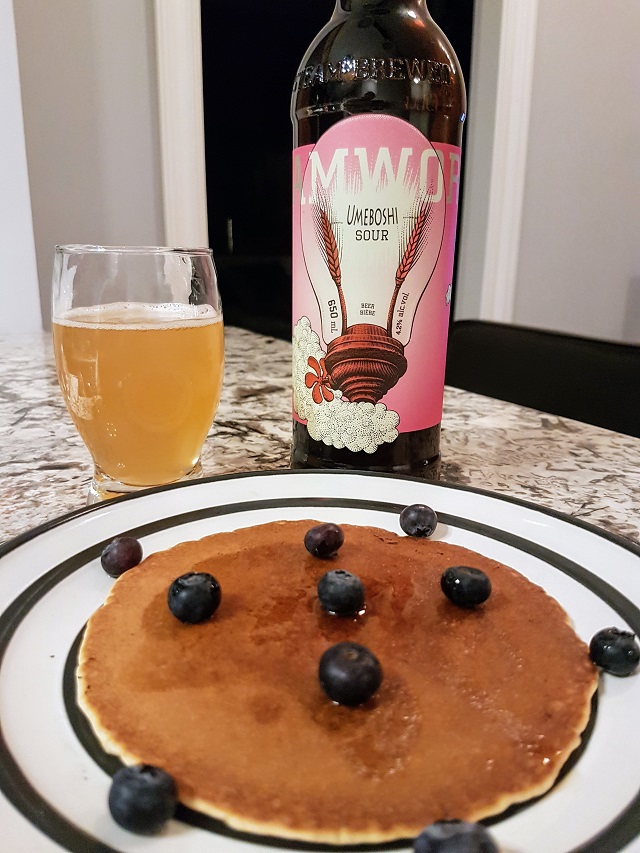 Steamworks' Umeboshi Sour is a kettle-soured brew fermented with over 500 pounds of Japanese sour plums. It has a crisp nose, followed by a crisp, tart character with a light plum flavour. It’s pretty light, overall, I’m worried it’s too reserved for pancakes.

Pretty standard tasting pancakes, with just the slightest tartness to them. They didn’t fluff up nearly as much as usual either. Umeboshi is a good beer, but it doesn’t translate well into pancakes. I think the next time I try sour beer pancakes, I’ll need to use something with much more kick.

This one seemed like a fun choice: it’s black and has the malt characteristics of a dark ale, but also packs a solid hop kick. Dead Frog has also become known for big flavours, so that should play well in the recipe.

Dark and fluffy, I came into these with high expectations, and I wasn’t entirely disappointed either. A bit of roasted malt makes it through, and there’s just a little bite from the hops. Not bad at all, but my Mrs. didn’t approve. She doesn't care for IPAs either, so that wasn't entirely surprising.

A different Dead Frog beer that comes to mind as a potential home run is their Nutty Uncle Peanut Butter Stout. I can’t imagine that tasting anything other than great in pancakes. 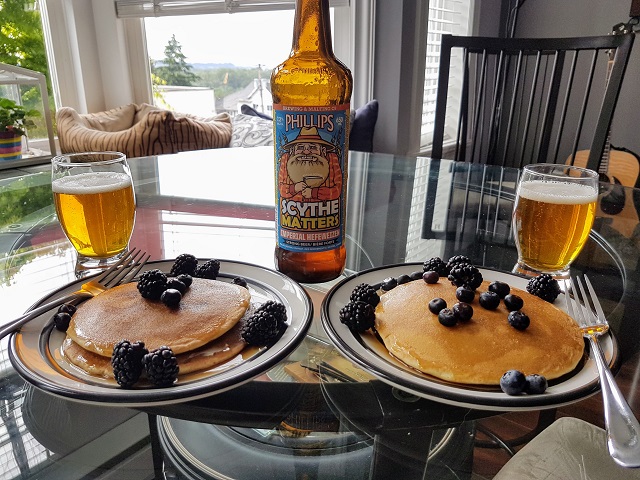 The final beer in the batch, I had high hopes for this one. This Phillips beer is a thick and flavourful Imperial Hefe. Sweet, with solid notes of banana and clove spice. Lots of potential here.

The best pancakes of the batch. They tasted like sweet banana pancakes, and we both loved them. I’m giving an A+ to Imperial Hefeweizen as a pancake beer style, and to this particular rendition as well.

And the Beer Pancake Winner Is ...

So Phillips won this round, but does it take the crown from Cannery Brewing’s Maple Stout? That’s a tough question, and one I’d gladly debate over several more batches.

In the meantime, I highly recommend experimenting with different beer styles to see what kind of successful combinations you can find!

SUBSCRIBE TO GET YOUR FREE SPICE BOX EBOOK
You are subscribing to the FBC Food Lovers Newsletter.
You can unsubscribe any time!
Click Me
90shares

Bryan, I enjoyed reading this article and you inspired me to come up with my own version of beer pancakes! I made mine with Maple Porter from Nickel Brook Brewing, and I also made a porter, maple and butter sauce.

You can see it here: https://urbancottagelife.com/2017/06/01/porter-beer-pancakes-with-a-porter-and-maple-butter-sauce/?iframe=true&theme_preview=true