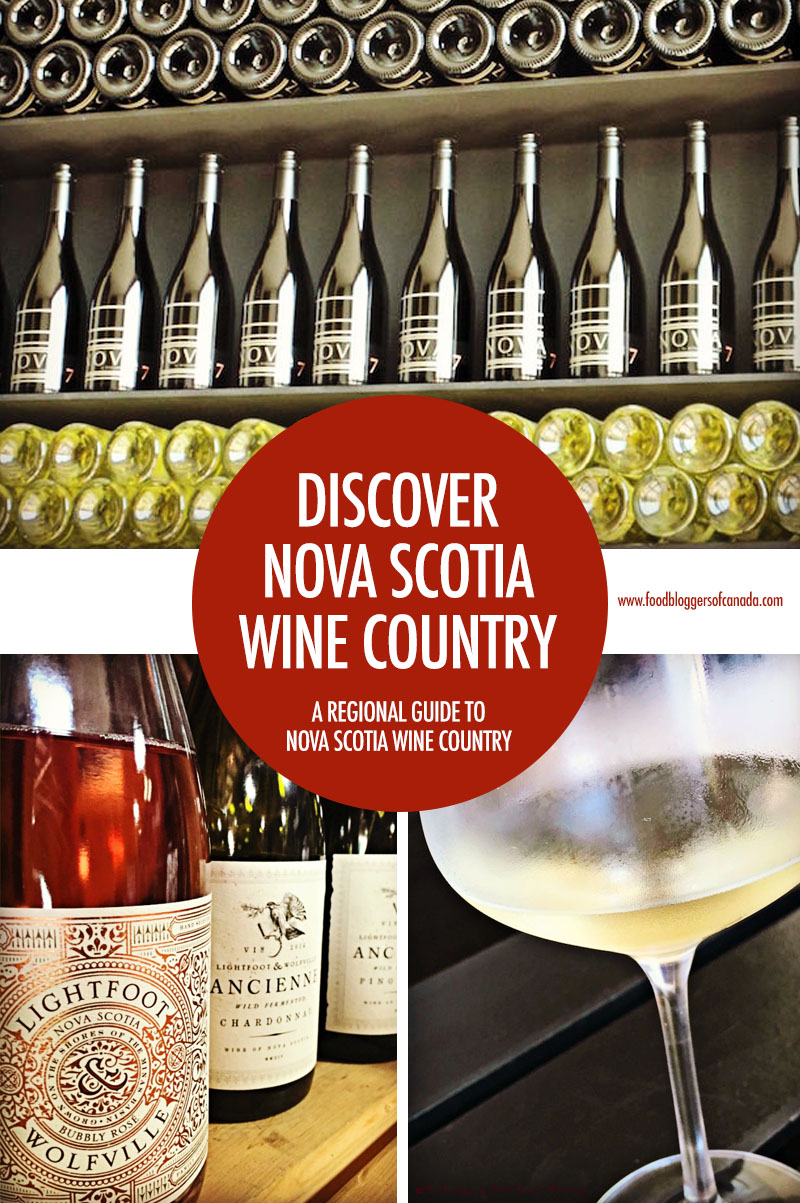 Given it was one of the first regions in North America to grow grapes for wine production in the 17th century, it seems slightly strange to say Nova Scotia is the new darling of Canadian wine. But like all good stories the story of the Nova Scotia wine industry has taken a few twists and turns. And thankfully this story ends with a glass of sparkling wine!

What's The Story Of Wine In Nova Scotia?

The story of Nova Scotia wine begins in the 11th century — at least that’s one theory. In early writings of the Norse, they tell the tale of Vinland (which means Wineland), a place where wine grapes grew, which would be suitable for making wine. Archaeologists have yet to unearth artifacts to support this theory, however scholars believe the Norse writings were referring to an area in Nova Scotia or New Brunswick.

Skipping forward to the 17th century, French settlers began arriving on the shores of Nova Scotia. One of those settlers was Louis Hérbert, a French pharmacist with a keen interest in horticulture and agriculture. In 1610 when Hérbert settled in Port Royal (the first permanent European settlement in the future Canada), he began planting various vegetation, which included vines. Hérbert was forced to abandon his vines in 1613, when English forces destroyed the settlement and took control of the region.

There are other documented accounts of French settlers planting vines throughout the 17th century, including in 1634 when the governor of Acadia, Isaac de Razilly, reported back to French officials that, “… Bordeaux vines have been planted that are doing very well.” Despite this positive account, the harsh climate and ongoing wars with English forces meant that most vines were destroyed and abandoned as the English took control of the region.

The possibility of growing grapes for wine in Nova Scotia was visited again in the early 20th century by the National Agricultural Research Centre in Kentville; however, this research was cut short when the province adopted prohibition from 1916 to 1930.

So while Nova Scotia can consider itself foundational to the North American wine industry, it's really only in the past 20 years that the modern wine industry has blossomed in the Maritime province.

Isn’t It Too Cold In Nova Scotia To Grow Grapes?

Viticulture in Nova Scotia is centred in the Annapolis Valley on the northwest coast of the province. It's an agriculturally rich region, where you're never more than 20 kilometres from the often chilly Atlantic Ocean.

The Upside of a Nova Scotia's Cool Climate...

The region is on the cooler side of cool climate, and the benefit of this is the ability of winemakers to produce wines with lively acidity that are very aromatic.

...And the Downside of Nova Scotia's Cool Climate

The downside of the cooler cool climate is a shortened growing season that can be greatly impacted by late or early frosts, which can be damaging to the vine buds or may not allow the grapes to ripen fully. Such was the case this spring (2018) when a devastating late frost resulted in vine damage throughout much of the region, which will impact the season's harvest.

Most of the vineyards in Nova Scotia are planted on southern facing slopes and, as mentioned above, are located near bodies of water. Thankfully for the vineyards the water generally doesn't freeze in the winter, which allows it to absorb the heat from the sun and then release the hot air, helping moderate the cold winter conditions. This release of warmer air helps to minimize the damage from the cold temperatures. Similarly in the summer, as the hot air rises throughout the evening it helps to ripen the grapes.

Given the challenging climate, you can image the hesitation of growers to explore planting vines in Nova Scotia!

In the 1970s when the first farmers were beginning to consider planting vines, they were all too well aware of the harsh climate and decided to focus on hybrid grape vines, which are considered hardy and weather tolerant.

Throughout the 1980s and 1990s grape growing slowly began to take root in Nova Scotia, with production remaining fairly stable around 200 tonnes each year. It wasn’t until the early 2000s that the industry truly began to grow. Since then Nova Scotia’s modern wine industry has grown at an incredible rate.

In 2002 there were two wineries in Nova Scotia, and grape growers produced 400 tonnes of grapes that year. Jump forward to 2011: there were 11 wineries in Nova Scotia, and nearly 1,300 tonnes of grapes were produced. Today there are 20 wineries, over 70 grape growers, and nearly 1,000 acres under vine (there is no current data on grape production).

While production has greatly increased the past 20 years, so too has the knowledge of the grape growers and winemakers. The belief that the region is too cool for classic vinifera (such as Chardonnay, Riesling and Pinot Noir), and therefore hybrid grapes should be planted, is also changing.

Grape growers in Nova Scotia are now experimenting with planting these classic varietals with great success. It's worth noting that both BC and Ontario also went through the process of transition and growth, whereby only in recent years have those regions’ growers moved away from planting hybrid grape varietals to classic vinifera, which now dominate.

Winemakers in Nova Scotia will often speak of the co-operation between wineries and between the winemakers themselves. This has been attributed to the rich farming history of the region, and that many of Nova Scotia’s winemakers and winery owners were farmers or come from families with long histories of farming. And farmers at heart will always be there to help their neighbours.

Does Nova Scotia have a VQA system?

Technically, no, Nova Scotia has not adopted a VQA system like BC and Ontario. The Government of Nova Scotia established the Wine Standards Regulations in 2010 to govern the basic standards of grape growing and winemaking in the province.

The Winery Association of Nova Scotia was formed in 2002 to represent the interests of wine producers in the province, to serve as a voice for local industry and to promote the growth and development of local wines.

Nova Scotia’s first official appellation, Tidal Bay, is not for a region but for a wine style.  Launched in June 2012, Tidal Bay is a white wine that can be a blend of permitted varietals (including L’Acadie, Ortega and Muscat) that are 100 percent Nova Scotia grown.

All Tidal Bay wines must follow the same set of standards, which include that the wines should be light bodied with crisp acidity and green fruit character with a maximum 11 percent alcohol. Although the wines must adhere to these set standards, each wine is slightly different to allow the winemaker to express their unique vision of the appellation.

Is Nova Scotia the new Champagne?

As the wine industry in Nova Scotia started to developed in the early 2000s and experts began to take a closer look at the region, they discovered that the climate, soil and topography of the Annapolis Valley bears a remarkable similarity to the Champagne region in France.

Benjamin Bridge is Canada’s (yes Canada, not just Nova Scotia) premier sparkling wine house, and one of the first in the region to explore the potential of Old World grapes.  The winery has worked with leaders in the wine industry to produce something truly special that has helped to place Nova Scotia wine on the map.

L’Acadie Vineyards is another premier producer of traditional method sparkling wines, and is also Nova Scotia’s first certified organic vineyard and winery. Both Benjamin Bridge and L’Acadie are available across Canada.

Within the Canadian wine industry, Nova Scotia is still an emerging region. But the region’s wineries are very quickly changing the way anyone has ever thought about Nova Scotian wines by highlighting the true potential to produce exceptional, cool climate wines.

You'll find the majority of Nova Scotia’s wineries in the Annapolis Valley, which is approximately 75 kilometres north-west of Halifax. The quaint village of Wolfville is the perfect spot to enjoy a leisurely holiday, exploring the wineries nestled along country lanes throughout the picturesque valleys of the region, while enjoying its historical charm.

Engage with Wines of Nova Scotia on Social Media

SUBSCRIBE TO GET YOUR FREE SPICE BOX EBOOK
You are subscribing to the FBC Food Lovers Newsletter.
You can unsubscribe any time!
Click Me
232shares