In our continuing Canada's Tastemakers series we profile people who are making an impact on Canada's food scene,  from authors to producers to chefs and more. Sometimes a tastemaker doesn't have to be a person - sometimes it can be a product that's the embodiment of a place.  Like Tidal Bay wine. Tiffany Mayer chats with sommelier Alanna McIntyre and wine consultant Peter Gamble about the making of an appellation that tastes like Nova Scotia … Tidal Bay. 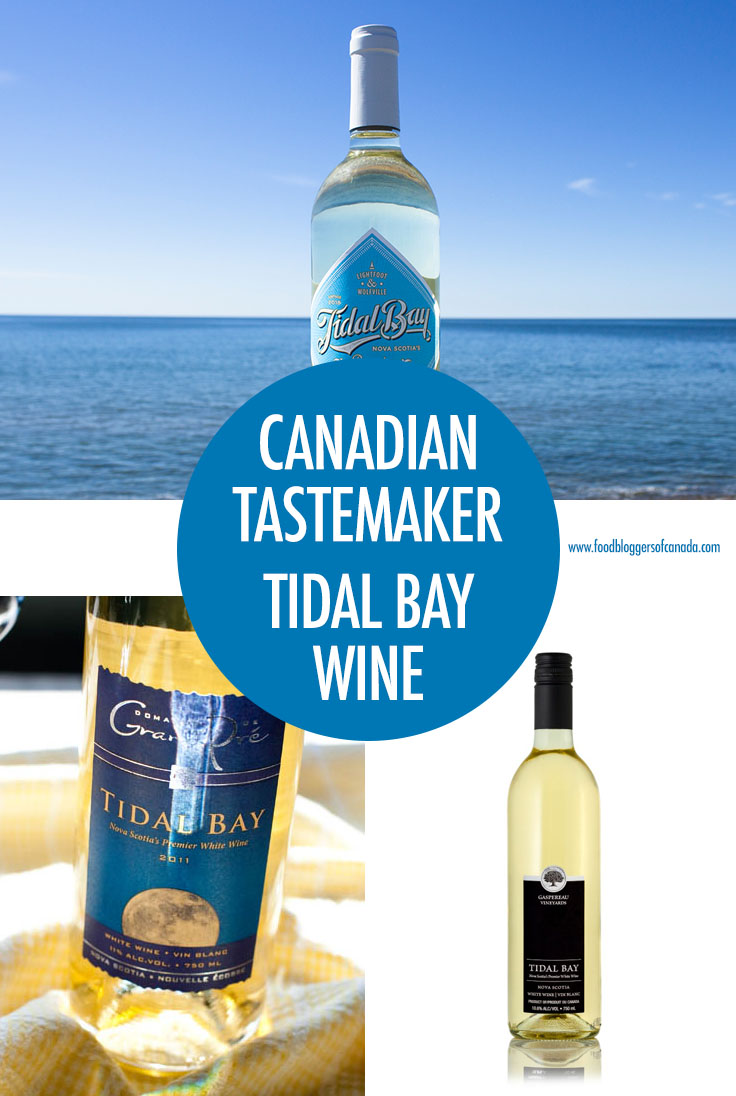 It’s a common request of thirsty travellers who pay a visit to Bishop’s Cellars in Halifax: give them something that exemplifies Nova Scotia.

Alanna McIntyre, the sommelier at the private liquor store, knows just what to pour. It’s Tidal Bay, an aromatic white wine unique to the Maritime province and produced by a dozen local wineries.

“It just tastes like Nova Scotia because you taste it and it makes you think of wanting to have it with the food that’s grown here, like seafood,” McIntyre said. “Maybe it’s in my mind but I feel it tastes like it comes from a seaside climate.”

McIntyre isn’t the only one.

In fact, it was that taste of the North Atlantic in some unlikely grapes that tipped off wine consultant Peter Gamble there was something in the Nova Scotia air — and soil — that needed exploiting.

Gamble, who has a storied career teasing out the best in vineyards and vintners, found himself wowed by the likes of Vidal and Seyval grown down East in the early 2000s when he was helping to establish Benjamin Bridge Vineyards in Wolfville as Canada’s leading maker of sparkling wine.

The duo of white varietals, jokingly referred to by wine writers as the Rodney Dangerfields of grapes because they get no respect, and even lesser-known, easy-to-grow hybrids showed remarkable presence on the palate.

“We were deciding this [grape] would go to [Benjamin Bridge] Nova 7 [sparkling wine] and this would go to something else. As we were tasting through them, I thought ‘This is mind blowing. Even varieties I’d known like Seyval and Vidal, they tasted more like Nova Scotia than Seyval and Vidal,’ ” Gamble recalled.

“Other than Germany and maybe Chile … it’s one of the strongest terroirs known.”

It wasn’t just apparent in the Benjamin Bridge vineyard, either. Gamble noticed standout qualities in unsung grapes elsewhere in the Annapolis Valley and beyond.

And that got him thinking. There had to be a way to showcase these traits to collectively benefit the fledgling Nova Scotia wine industry that existed at the time in the shadows of the celebrated Niagara region and Okanagan Valley.

“Instead of trying to market Kentville 91234 … we could create an appellation,” Gamble recalled. “It was the perfect place for an appellation.”

The History of Tidal Bay Wine

In the Fall of 2009, Gamble presented his idea for a legally defined brand to the Nova Scotia wine board (WANS) and floated a strategy for making a mishmash of numbered varieties, and cold-hardy French hybrids like New York Muscat, work together to elevate the industry.

“It got really good reception,” Gamble said. “I don’t know if they understood it fully, but all wineries would make a wine with a few different grapes and it would have the same name.”

WANS threw financial support behind the idea. Then it was down to the nitty gritty of establishing an appellation implementation committee, made up of top winemakers, to decide which grapes could be used. It would also determine standards, such as acid and sugar levels, even maximum yield and method of pressing, to make the wine.

Once those were approved by the committee and WANS, it was time for a name and marketing plan.

“I said ‘It has to be local and iconically Nova Scotia.’ Benjamin Bridge was using Nova 7 so using Nova wasn’t going to fly,” Gamble said. “I didn’t want to blow it. I knew we had to nail it.”

RELATED:  Blogging for Good: Leveraging Your Site To Better Your Community

Members of the local wine community batted around words like tide, tidal and bay. Upwards of 70 names were suggested for the new appellation until someone thought to put Tidal and Bay together.

With no point in Nova Scotia being more than 60 kilometres from the Atlantic Ocean, it made sense. Every corner of the province felt and was influenced by those tidal winds, especially those grape-growing regions.

And so the Tidal Bay appellation was born. It launched in 2012 with only a handful of wineries releasing a version. When the 2017 vintage launches on May 11, 2018, 12 wineries will contribute their take on Tidal Bay. Bishop’s Cellars, one of four private wine stores in Nova Scotia, will carry them all.

But what is it exactly?

What is Tidal Bay Wine?

In short, Tidal Bay is a white wine that displays the unique characteristics of Nova Scotia’s cool climate. It has “green, fresh aromas,” light body, high acidity and a hint of salinity, McIntyre explained.

It takes some precision to be Tidal Bay, though. All grapes used must be grown in Nova Scotia and they must mostly — or entirely — be L’Acadie Blanc, Vidal, Seyval, and Geisenheim 318.

Those can be padded out with no more than 49 percent Riesling, Chardonnay, Pinot Gris, Pinot Blanc, a handful of others, in combination or alone.

A few aromatic varieties, such as Gewürztraminer, Perle of Csaba or New York Muscat can also be used to a maximum of 15 percent of the final blend. But these perfume-y grapes aren’t allowed to overshadow the terroir-based aromatics of the wine during the sniff test done by an independent tasting panel.

Twenty percent of a Tidal Bay can also be aged in oak, but those buttery or spicy notes typically imparted by spending time on wood better not dominate either, or else a wine can’t be called Tidal Bay. (Rejected wines can be tweaked and resubmitted to the panel for Tidal Bay consideration.)

The key is balance of flavour, said MacIntyre, who was a panel judge for two years and now serves as the unbiased intermediary delivering panel results to wineries.

“That’s why people really like these. It’s that sweet-sour, tangy quality that makes them really drinkable without food,” she said.

But it’s also the perfect pairing with seafood. That’s why so many restaurants in the province make it the cornerstone of their wine lists. It’s affordable, too, which makes it popular and tough to keep in stock.

“This is really smart for the wine industry because it can do something recognizable with these grapes,” she said. “Imagine someone saying, ‘Oh, I want a Seyval.’ ”

Mostly, those gruelling standards provide consumers with a level of comfort when they buy Tidal Bay. There will always be differences between vintages and vineyards, but fans know what to expect in a bottle: Nova Scotia.

“It’s what you can do there that you can’t do elsewhere,” Gamble said. “To try to do Tidal Bay in Argentina, you just couldn’t do it. I wouldn’t want to do Malbec in Nova Scotia, either. It’s just something the region does really well.”